Blog / CHANEL CRUISE SHOW
Posted On: 16 May 2012 by Elpromotions Agency

The Chanel Cruise 2013 show took my breath away! There truly is nothing quite like a Chanel show yet this one was on another level. Karl Lagerfeld ensured that the Cruise 2013 show was more dripping with glamour than ever and to describe the show as ‘lavish’ would be a huge understatment.

The show was held in the beautiful Le Palais de Versailles which are not normally open to the public. Three gorgeous fountains served as the backdrop for the show. Stella Tennant and Kristen Mcmenamy – favourite models of mine, were for me noticably absent however Cara Delevingne worked the gravel ‘runway’ with her usual elegance and energy. She walked first in a denim dress with a simply, sharp A-line skirt. Even Georgina May Jagger made an appearance! The whole show hinted at Classical, French aristocracy – we were all transported back to the French Revolution! From full skirts to tight corsets, to an abundance of frills and lace accents all paired with an abundance of denim, brothel creepers and candy coloured wigs. 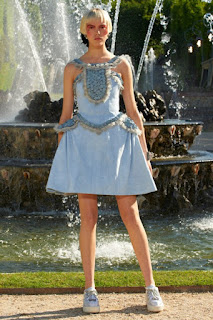 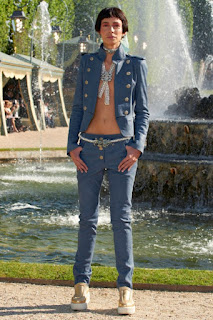 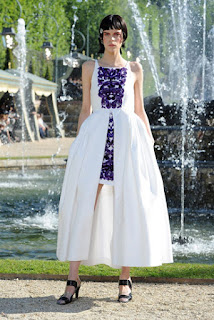 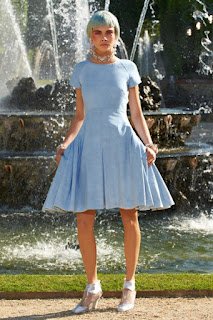 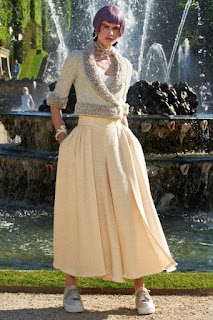 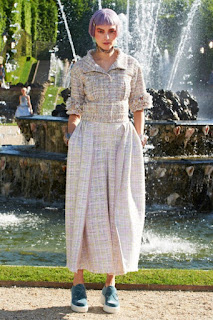 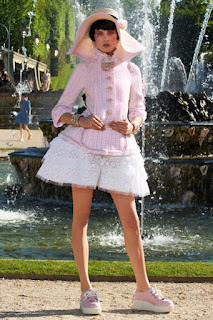 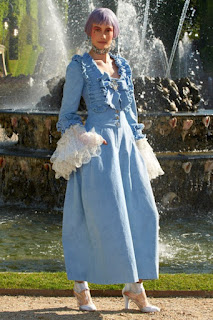 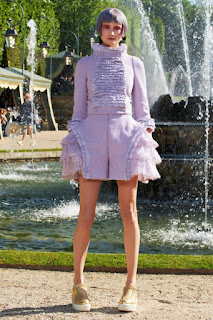 Lagerfeld – wearing his trademark frock-coat and inscrutable behind his sunglasses – said the collection was about “serious frivolity.” Monsier Lagerfeld definitely made sure that no one ensemble from the show was dull. Pastel colours were in abundance and mixed with the beautiful scenery and the perfect blue sky the entire show was no less than stunning!
The celebrities who attended the extravagant event – 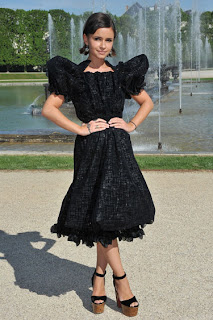 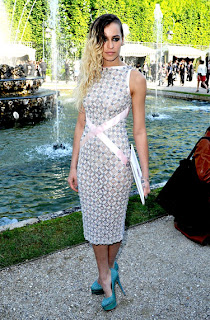 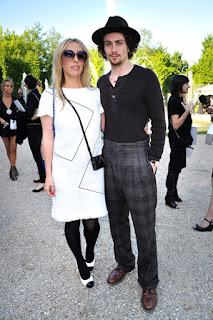 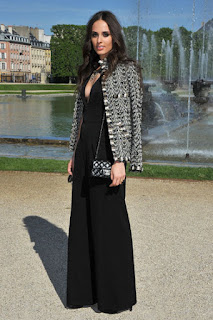 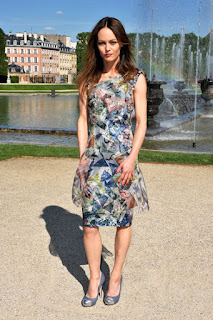