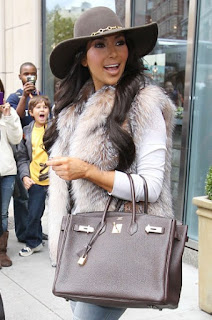 The idea for the Hermès Birkin came to chief executive Jean-Louis Dumas in 1981 when he sat next to Jane Birkin on a flight. She was carrying a straw bag with her onboard and had just placed it in the overhead compartment when the contents of her bag fell out, leaving the pair scrambling to replace everything. Jane explained that she found it difficult to find a large leather handbag she liked and so the Hermès Birkin was born.

The brand new rose and white gold mini Birkin has just been released for sale. We are in awe! Designed to be worn as a bracelet, but still functioning as a miniature bag, the Birkin Sac Bijou will set you back approximately £1.25 million! The Birkin is studded with no less than 2,712 diamonds and comes in three different designs. Just three versions of each design exists! 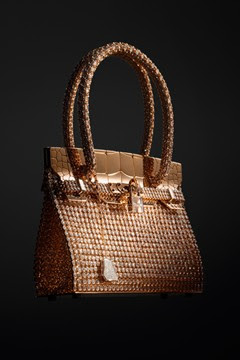 The Birkin has become a fashion icon over the years it has been around, despite being free of logos. The bag comes in a variety of hides such as ostrich, crocodile, lizard and of course luxury calf leather. Unlike other iconic designer handbags smaller scales of the bag actually cost more than those of larger scales, the new Birkin Sac Bijou being the ultimate example of this! 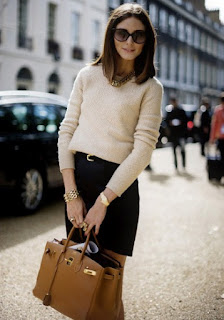 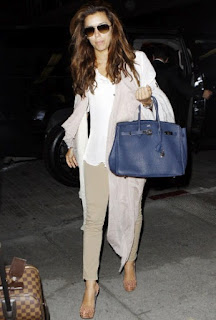 For several years if you wanted a Birkin the waiting list could be up to a 6 year wait – the longest wait for any bag in history. In Sex and the City, Season 4, Episode 11 Samantha uses her client Lucy Liu’s name to obtain a Birkin without having to go on the waiting list. However in April 2010, Hermès announced that the waiting list would no longer exist, implying that it is potentially available to all. Now we just need to start saving up! 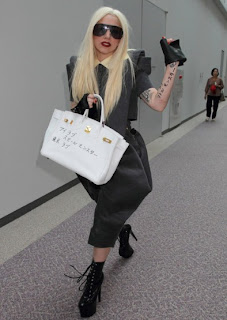 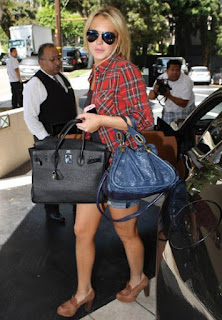 Numerous different celebrities have been spotted out with Birkin handbags, from Lindsay Lohan to Victoria Beckham. Rumour has it that Victoria Beckham’s Birkin collection is worth an outstanding £1.5 million. Victoria we salute you! 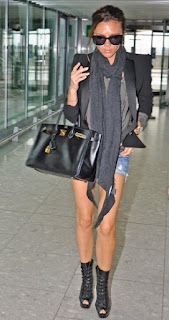 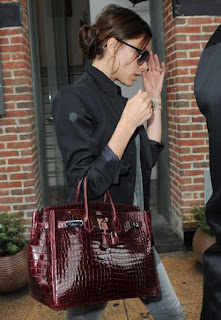