With each instance of Paris fashion week (PFW) that rolls around, the Parisian streets become a runway of their own as the most stylish of the industry attend the top fashion shows. From the luxury fashion houses to edgy French labels, Paris fashion week sees the spring / summer and autumn (fall) / winter collections taking to the runway at both men’s and women’s dedicated fashion weeks. Below you will find inspirations for Valentine’s Day on the 14th February. Ladies get your wallets out….
DILEK HANIF HAUTE COUTURE SPRING 2012
Dilek Hanif’s haute couture Spring 2012 runway show was unveiled on one of the many catwalks of Paris fashion week. 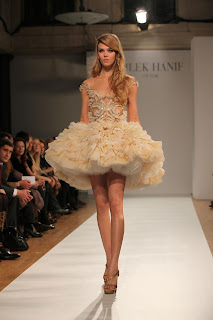 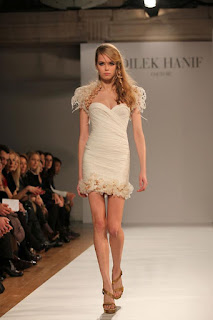 Is there a word for something that looks so delicate you’d be afraid to touch it, lest it disintegrate like the shimmering surface of a soap bubble at your touch? In describing Valentino’s haute couture Spring 2012 collection, such a word would come in handy. 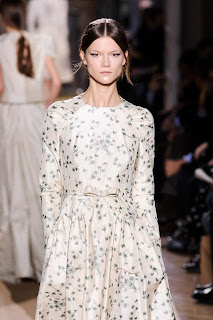 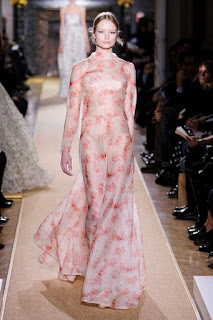 I was first introduced to Mr Elie Saab in 2010, whilst working for Red Carpet events company in LA. I fell in love with his designs straight away. Seeing the beautiful heavenly dresses on every red carpet event in Hollywood, we all knew he was going to be huge. Paris Fashion Week proves that Saab keeps his roots and designs what can only be called perfection. 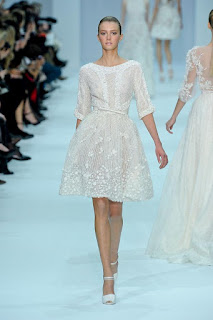 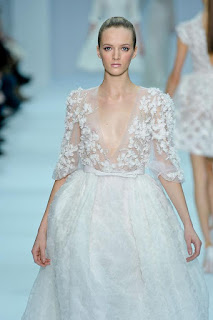 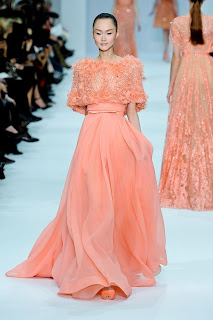 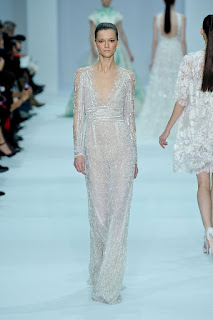 The particular breed of elegance that graced the Elie Saab Paris haute couture spring 2012 runway show was the kind that was born of the 1950s and 50s. The kind you’d associate with icons like Grace Kelly, the kind that’s both delicate yet coolly powerful. Brilliant! If only we could have them all…. 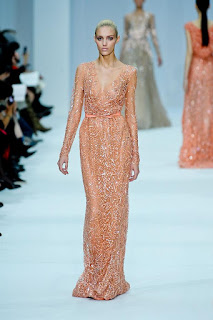 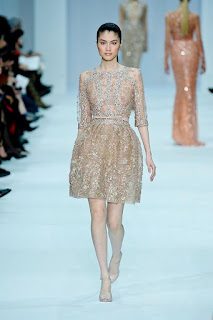