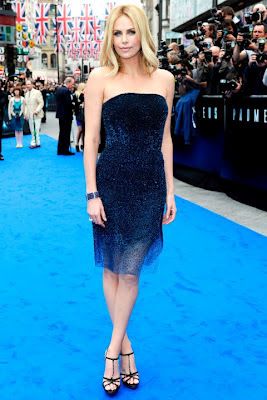 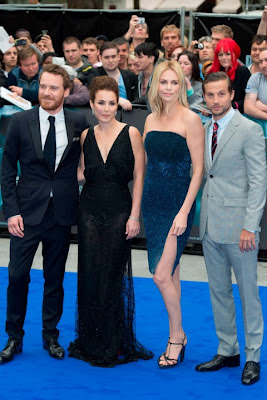 The new terrifying thriller Prometheus is set to be a huge hit!The premier took place at the Empire Leicester Square in London and the stars were, as always at these events, out in force to celebrate the film’s release. I personally cannot wait to watch it. The premiere was a glitzy affair, no less could have been expected after all, but I cannot avoid posting about Charlize Theron. 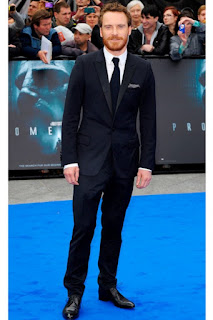 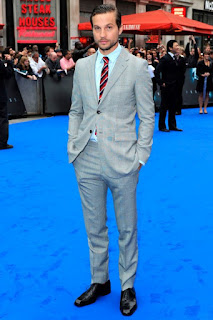 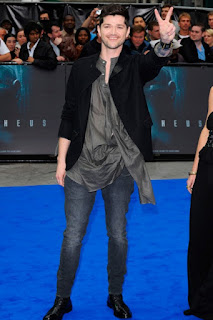 Charlize looked amazing in a shimmering blue dress at the Prometheus premiere. The strapless, navy, Christian Dior creation showed that, well, Charize has still got it! The short dress with a rather daring thigh-high split showed off Chalize’s fantastic figure and LA tan. She really let the dress speak for itself, having simple hair and make up and accessorising the dress only with a pair of plain strappy black shoes. 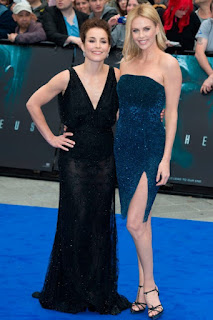 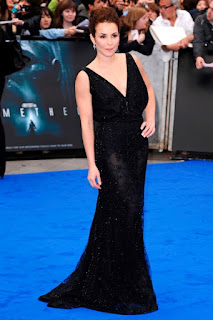 Noomi Rapace also looked incredible alongside her A-list co-star. The actress – who starred in the original Swedish-version The Girl with the Dragon Tattoo film – looked a million dollars in a black sequinned Valentino gown.The floorlength gown showed off Noomi’s muscual physique and she wore her hair in an elegant up do. 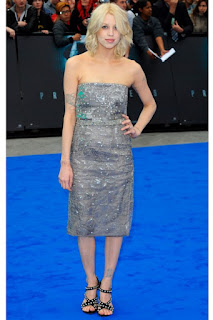 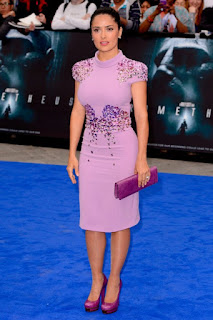 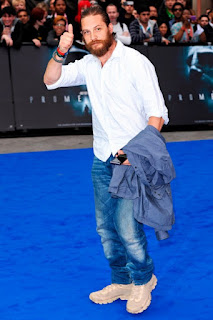 Salma Hayek and Tom Hardy
Michael Fassbender, gorgeous Logan Marshall-Green and Guy Pearce also joined their co-stars at the event in support of the sci-fi thriller which is released next Friday.

So what is the film about? The L.A. Times commented “The story, which involves a space mission investigating the origins of human life going predictably awry, has met with mixed reviews, but critics agree that [director Ridley] Scott‘s film is visually stunning and that Michael Fassbender delivers a scene-stealing performance”. Go check it out!