The glitzy Salvatore Ferragamo party in New York to celebrate the launch of the new Signorina fragrance was a glamourous affair. The youth of celebritiy fashionistas were out in force. From Emma Roberts to Bianca Balti, the young statlets all showed off their fashion credentials.

Pretty Emma Roberts, niece of Hollywood royalty Julia Roberts, stood out from the crowd in a simple chic white pussy bow blouse, tailored smart black chinos and teal velvet heels. Aged only 21 Emma Roberts has already made a real name for herself in the industry in her own right. Having appeared in over 30 films, from Wild Child to Valentine’s Day to huge hit Scream 4, her latest projects include film Empire State featuring Liam Hemsworth and Dwayne Johnson. Emma also is a red carpert regular, she was front-row at New York Fashion Week with Eva Mendes and Freida Pinto. 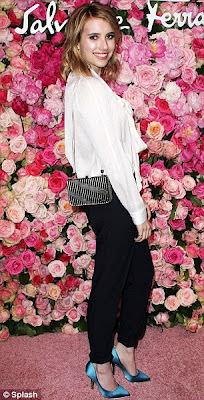 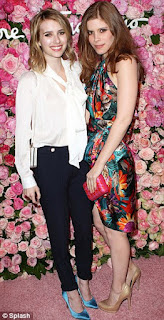 However, for me the fashionista who stole the spotlight was AnnaSophia Robb. She looked gorgeous in jungle print Ferragamo. In 2005 AnnaSophia played Violet Beauregarde in Charlie and the Chocolate Factory alongside Johnny Depp. She has just recently been cast in her first major TV role. The series, entitled The Carrie Diaries, will follow the heroine, Carrie Bradshaw, who Sarah Jessica Parker made famous, from high school to her early days as a writer in New York. I personally cannot WAIT to watch this!!! I expect to see big things from AnnaSophia Robb! 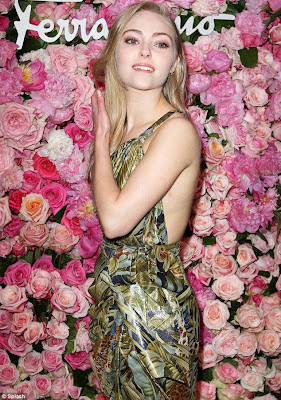